Destruction of signs, signs of destruction 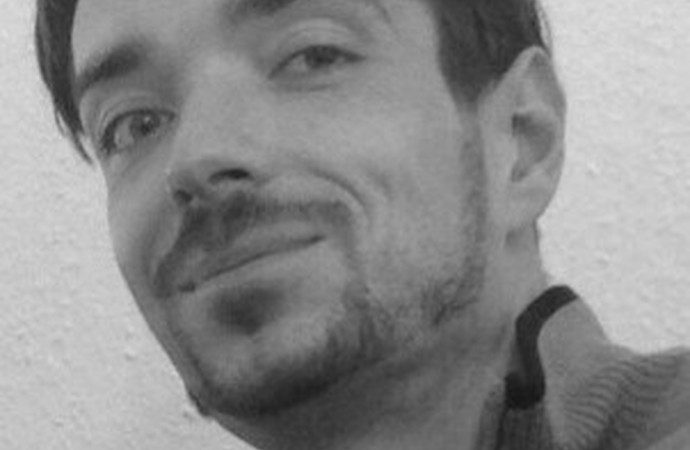 Russia’s president justified his attack on Ukraine by referring to denazification, while Ukrainian inhabitants and authorities compare the behaviour of Russian soldiers with that of German Nazi occupiers. The memory of the Second World War shared by the citizens of both countries could not avoid instrumentalization, especially around the Day of Remembrance and Reconciliation celebrated in Ukraine (May 8) and the Victory Day in Russia and Ukraine (May 9). There is, however, a notable asymmetry in how the Ukrainian and the Russian side use the heritage of the victory over Nazi Germany. Both are selective, but whereas the Ukrainian side fights iconic signs and appeals to visceral bodily experience through indexes, the Russian side relies almost exclusively on symbols devoid of any relation to lived experience. I will sketch the relations between war-related destruction, lived experienced, and ideology in this blog post dedicated to the defeat of Nazi Germany 77 years ago.

The May 8 speech given by Ukraine’s president Zelensky is a good illustration of Ukraine’s official aesthetics of the ongoing war in relation to the WWII. In this carefully directed video he stands in front of a destroyed residential building in the town of Borodianka, Kyiv region. It was one of the first to be occupied by the Russian army in an attempt of a pincer movement towards Kyiv and remained under occupation for over a month. Most of the buildings have been destroyed in artillery and aerial strikes; although over 80% of the town’s 13000 inhabitants managed to escape, several hundred civilians are considered dead. Previously Zelensky said that the scale of destruction in this town was even worse than in the infamous Bucha, and in this video, he calls the blackened rubble ‘a witness’ that has become ‘numb.’ This year’s presidential address is accompanied by the endless photographic imagery of destruction and stresses the emptiness of ideological commitments: ‘Can the golden words become worthless?’ 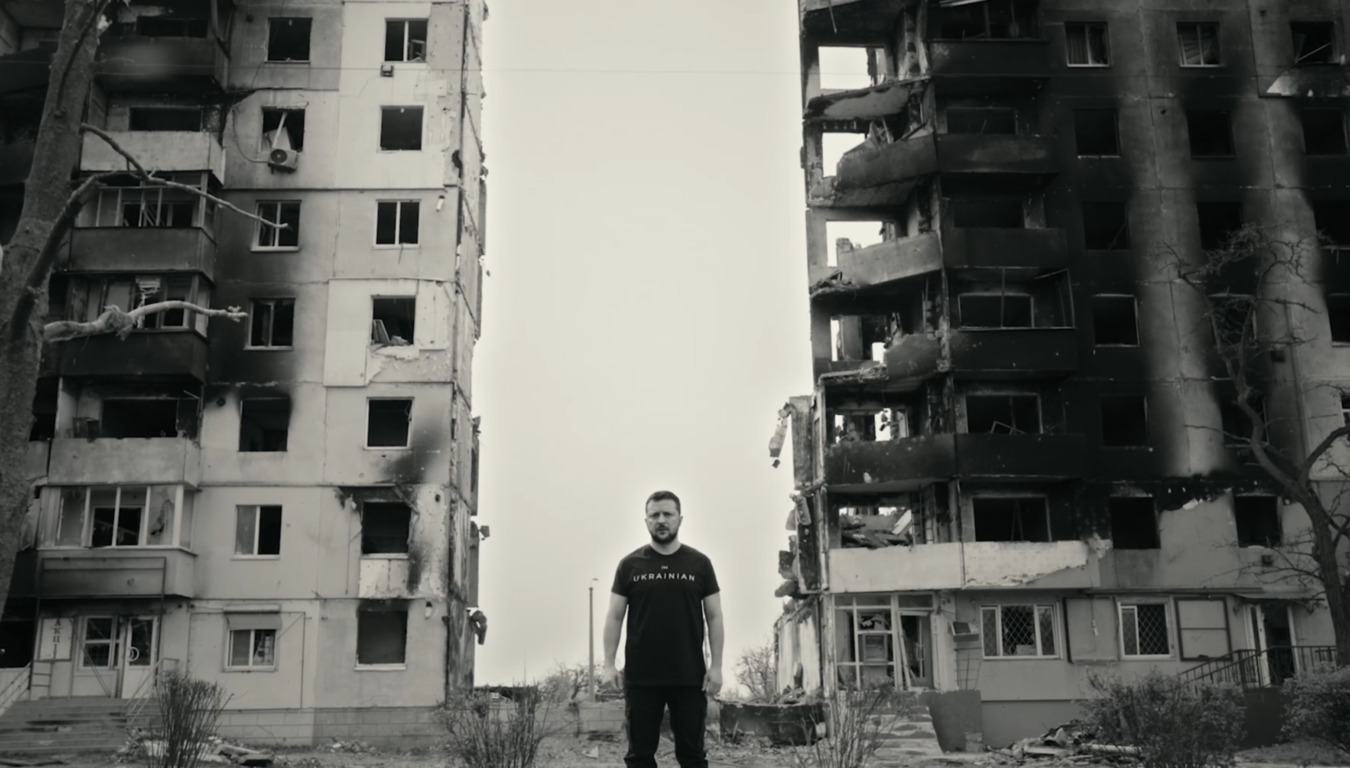 The black and white video consists of a juxtaposition of images and stories of the destruction wrought by the Nazis in WWII and the contemporary destruction by the Russian army. No political symbols are displayed. Zelensky uses the story from Borodianka itself, the settlement that was once destroyed by the German army and has now been destroyed again by Russians. As the drone camera zooms in on the exposed interiors behind the fallen wall, Zelensky describes in detail the remnants of the flats behind him, speculating that the people who lived there put pictures of the WWII veterans on the walls, then he goes on to recall how the German army destroyed over 200 houses in this town, burned people alive and took men for forced labour.

These two temporally distant pictures converge into the recollection of the early morning of February 24 this year when Ukrainians woke up to explosions from Russian missile strikes. This emotional description of waking up before dawn on the first day of war evokes in the post-Soviet memory the WWII song ‘On June 22, at four o’clock sharp’ that contains the words ‘Kiev was bombed, and we were told the war has started.’ The reference to suffering, fear, and disbelief at the cruelty of the invaders also brings to memory the Perestroika era movie ‘Come and see,’ devoid of heroism and lofty rhetoric, which focuses on the bodily experience of war by a Belarusian boy. Thus, this is a visceral memory policy that appeals to people’s immediate lived experience under destruction by constructing a series of indexical rather than iconic signs accompanied by person-centric commentary.

The second component of the speech was an appeal to contemporary participation in the war – people who fight Russians now are compared to the people who fought Nazism in WWII. The destruction of Warsaw is compared to the erasure of Mariupol, the devastation of Coventry is compared to the bombardment of Kharkiv followed by a series of geographical-historical analogies between various Ukrainian locations and those in the UK, France, the Netherlands, Czechoslovakia, Greece, and other European countries. Zelensky reiterated this parallelism in his May 9 Victory Day video, where he presented a narrative of Ukrainian people defending their fatherland within the anti-Hitler coalition and denied Russian authorities the heritage of the victory. Thus, this line of comparison short-circuits the personal and the global bypassing the national political history, as if Soviet Ukraine never existed and the Soviet Union as a whole was never part of the anti-Nazi coalition. 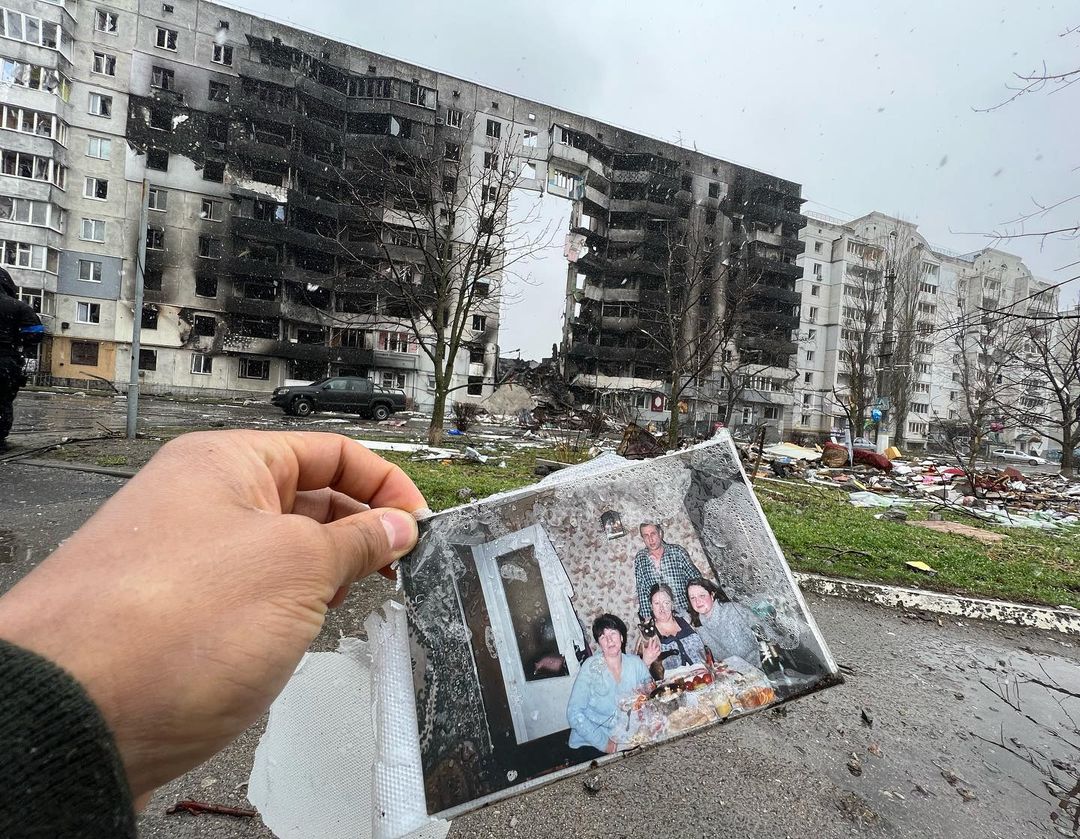 Russian propaganda follows a drastically difference line. Whereas Ukrainian propaganda erases Soviet symbols and appeals to bodies and affects, Russian propaganda stuffs the symbolic space with iconic signs while erasing bodies, both literally and discursively. After Russian tanks rolled into Kherson region waving red flags, the newly occupied territories in the east and south of Ukraine have been planted with Soviet flags and symbols.

The most recent darling of the Russian propaganda is a film still of an old lady with a red flag, now reproduced in countless banners, wall paintings, statues, and even potentially on a space rocket. This image comes from a video apparently made by Ukrainian soldiers, who approach an old village lady and offer her a package with food. She mistakenly thought they were Russian troops, so she greeted them with a red flag. Ukrainian soldiers trample the flag, and the old lady refuses to take the package. This story has a continuation, which is also filmed by the Ukrainian army. Although it has been impossible to verify independently, the story presented by the Ukrainian Centre for Strategic Communication and Info-Security wants us to believe that the house of this old lady had been destroyed by Russian shelling, and the woman with her husband were offered refuge in Kharkiv. On camera, the old lady says that she is not happy with being used as a symbol of the war and that she came out with a red flag only to ensure that Russian soldiers would not shoot at her. The video shows the rubble that remained of her house. 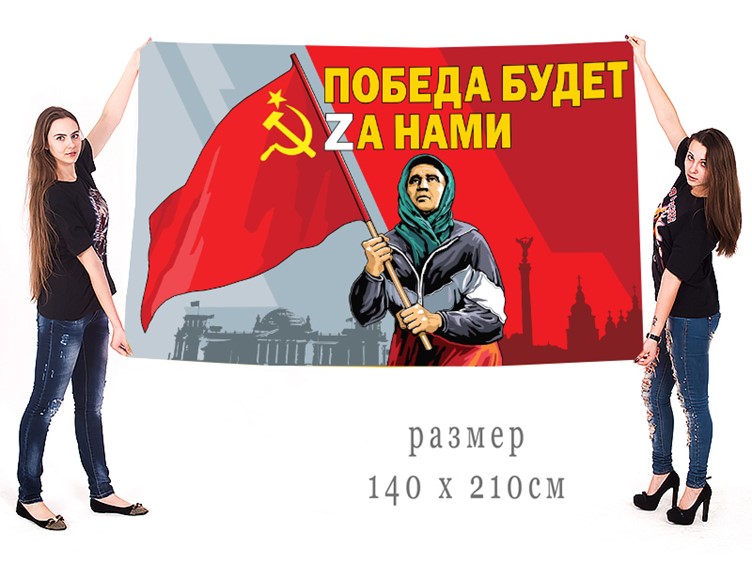 An advertisement of a banner offered for sale by the website Voenpro.ru

The story of this old lady, regardless of the degree to which the sequel was staged, shows that the Russian propaganda, as it were, follows Roland Barthes’ analysis of the myth as if it was a textbook; lived experiences, life stories behind symbols do not matter. The iconic and symbolic signs, fluid, devoid of any coherent ideology behind them and articulated for the demand of the moment, erase life trajectories, function as a brand, a sign of ownership and belonging. For the Ukrainian side, the present experience of suffering and destruction as represented in the indexical signs of photos and videos should speak for itself, historical analogies should spring to existence beyond symbols and icons that are being destroyed as signs of the centuries-old oppression within the campaigns for decommunization and de-Russification. However, there is a notable similarity beyond this asymmetry: between bodies and signs, the indexical and the iconic, there is a very thin symbolic layer of meaning that consists of slogans rather than a coherent ideology. Russians use non-ideological symbols to destroy bodies, Ukrainians use destroyed non-ideological bodies to fight symbols.

Indeed, many have been puzzled by the Latin letter Z that has become the symbol of the Russian invasion. It has first been noticed in late January on Russian military vehicles near Ukraine’s border. Even then it was unclear what it was supposed to mean. After the invasion begun, this letter started appearing on the streets of Russian cities and towns, on cars, children were made to form this letter with their bodies. However, even Russian propagandists are bewildered by the fact that a letter of the Latin alphabet came to the centre of propaganda campaign in support of the war.

According to the Russian sociologist Andrey Pertsev, there is no deep ideological meaning behind this letter, and there is no need for such meaning. Russian authorities do not bother about having a coherent ideology or inculcating it in the population. The population, in turn, does not need to understand or explain anything: the polls and qualitative studies show that Russians’ opinion is fragmented in what concerns the causes and the goals of the war. The authorities do not need active support, the population is not willing to resist. Z is an ideal free-floating signifier, but nobody even bothers to assemble a coherent ideology around it, to do the populist political work that Ernesto Laclau and Chantal Mouffe might have expected to happen. It is a symbol so devoid of meaning that it verges on an index. Z points to pure power and a pure demand for obedience. There is no need to put on special glasses to see ‘obey’ behind seductive phrases. Obedience itself is the ideology. ‘Z’ appeared as an identifier of the military coercion, and it turned into an index of the political and police coercion. 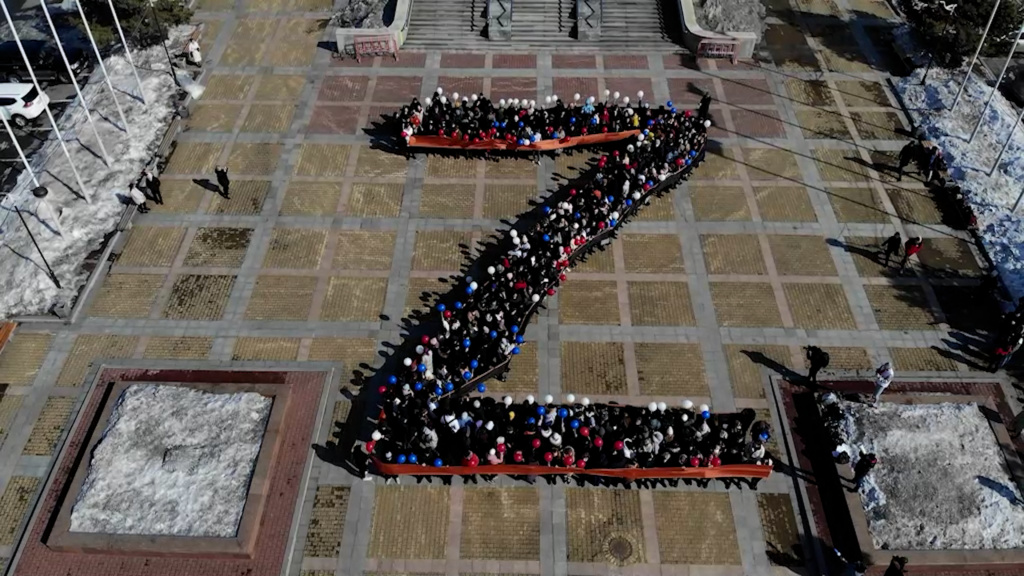 This is probably one of the defining features of the regimes that started appearing in post-Soviet space since 2014 in reaction to the real or perceived threat of popular protests. I would call such forms of governance ‘anti-Maidan’ regimes in reference to their first legitimizing narrative as opposing Ukraine’s Maidan uprising of 2013/2014. First, these were the LNR/DNR, where disparate identities, sentiments, strivings, and nostalgias were kept together by the perpetual state of emergency and constant repressions. Then, there was the post-2020 Belarus, which switched from authoritarian populism to an outright dictatorial police state. Then Russia itself turned to a police state exposing post-fascist tendencies and installed a repressive occupation regime in the newly conquered territories in Ukraine. What unites these regimes is that they are reactions to populist uprisings, that they rely on demobilization rather than mobilization of their populations, and that they are propped by police and military coercion rather than hegemonic projects.

Returning to the issue of affects and symbols divided by the emptiness between them, we start to see the root of this asymmetry in the genesis of both post-Maidan and anti-Maidan type of regimes. The Maidan uprising, like the space-centric protests of the Occupy-type and the early Arab Spring before it, created an affective community consolidated by the experience of violence and common suffering. This affective community destroyed the symbolic landscape of the pax postsovietica without offering anything comparable in return. In reaction to this, the anti-Maidan movements and later regimes doubled down on asserting the symbolic remnants of the post-Soviet civilization, protecting the statues, flags, and steles. However, they also failed to offer a hegemonic project that would imbue the dead letter of such symbols with a new lifeworld. 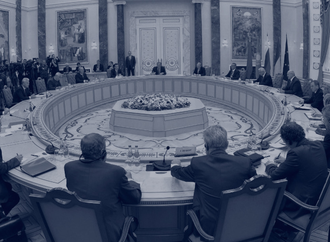 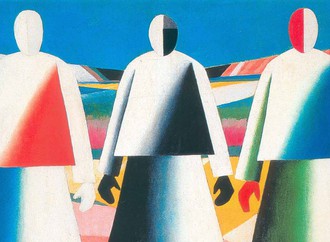 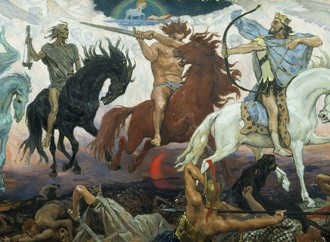 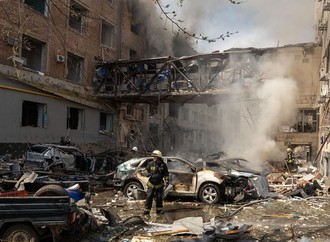 Articles
Denys Gorbach: It is not enough to lead isolated struggles and read old theory books 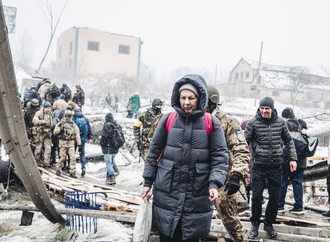 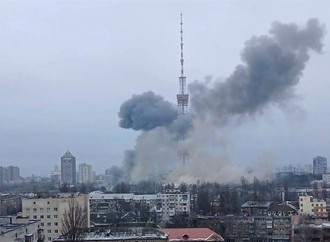 Articles
US-plaining is not enough. To the Western left, on your and our mistakes