Democracy or the power of experts? A Review on “The New Authoritarianism” by Salvatore Babones

This provocative book is full of straightforward critical statements and fresh ideas, supported by logical argument and historical excursus. Those, who seek a sharp analysis and a clear diagnosis of the contemporary state of American democracy, will find those answers in this thrilling read. Adversely, those, who prefer a more global intellectual exercise, will find multiple references to philosophical traditions and political perspectives. In any case, this writing profoundly challenges the mainstream way of looking at liberalism, democracy, and authoritarianism.

The book author, Salvatore Babones, is an Associate Professor at the University of Sydney. Due to having a US background and working in Australia, he possesses both the knowledge of American politics and an advantage of an external perspective. Definitely, he has developed an original and nuanced understanding of the discussed ideologies. For example, he interprets the famous quote from the Gettysburg Address of “government of the people, by the people, for the people” as a unity of three democratic traditions – conservatism, liberalism, and progressivism, respectively. Further, he draws the storyline along the historical development of these impactful ideologies. In doing so, the author manages to complement a popular narrative with sophisticated concepts, thereby enriching a clear argument with an academic depth. 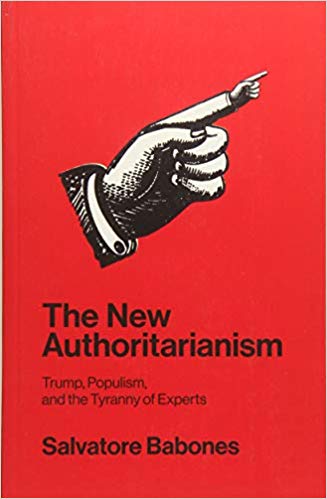 Definitely, many theses in the book sound striking. When encountering them, a reader cannot resist to contend – and this is exactly the virtue of an “independent thinking,” which the book author nudges to. So, it is a delicate joy to argue with the Salvatore Babones in mind. Actually, one can argue with him in writing too. The author is active in social media and seems to be open for an online discussion.

For Babones, Trump’s victory was due to an opinionated expert class, which was so overconfident about the rightness of its policies that it lost touch with the expectations of citizens. It is the expert class, which legitimized itself to make impactful decisions, inscribed in laws, which people must obey. This class designates rights and freedoms for all citizens, but it is not accountable to the citizens itself. So, Babones stresses that it is the tyranny of the expert class, which should be worried about.

Does this mean that Trump’s rhetoric or policy is virtuous? Author’s point is that although Trump’s platform is anti-liberal, his electoral victory is actually good for democracy – because it mobilized the underprivileged and made them a power to be reckoned with. Thereby, populism can help overthrow the tyranny of the expert class and bring the democracy back in.

Besides, Babones notes that as radical as he seems to be, Trump is unable to introduce a dictatorship. Other government institutions are strong enough to oppose president’s politics. The Congress, the judiciary, and even multiple executive agencies routinely implement their policies. Most importantly, due to the judicial review of legislature and the judicial supremacy, the Supreme Court holds the ultimate sovereignty in the US. And it is the stronghold of expert authority.

Moreover, the author admits that education curriculum trains whole cohorts of citizens multiculturalism, diversity, and sensitivity. However, it instills a kind of thinking, which pushes students to come up with correct answers. But who defines what is ‘correct’? Unfortunately, education, as well as a wider public domain agenda, is increasingly formed not by a democratic deliberation, but by a self-contained expert class. 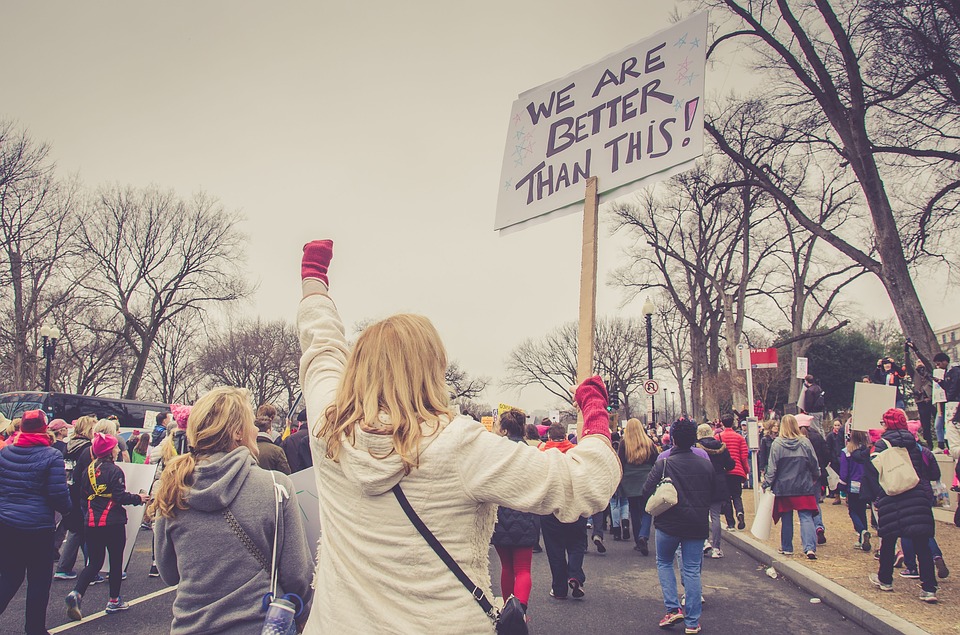 If authoritarianism is ideologically infamous, what should stand as its alternative? Salvatore Babones points that although liberalism might seem like an answer, it is a fluid concept with multiple interpretations, changing according to a political context. It might be the historical meaning of an individual’s dignity vis-a-via an absolute power. Or it might be a belief in universal rights and freedoms. But it shouldn’t be a practice of setting up rules, undemocratically imposed by the community of experts. When politicians of a liberal regime, elected through the institutions of representative democracy, grant experts power over public domain, the legitimacy of such expert power is debatable.

The author puts severe critique on real-life liberalism. His point is that while liberalism protects the rights of socially excluded minority groups as well as professionals, it also safeguards the wealth of the rich from expropriation. Due to such a concurrence of interests, for some time, the ideas of professionals, the money of the wealthy, and the electroral votes of minorities fuse together. Although the actual political confrontation is between conservatives, who defend the interests of the haves, and progressives, who advocate the interests of the have-nots.

Even more, Babones debunks authoritarianism on the global scale. He reminds that, despite being called liberal, at the second part of the XX century US foreign policy was highly illiberal. It supported authoritarian regimes in Taiwan, South Korea, and South Vietnam and strived to overthrow leftist regimes in Chile, Cuba, and Iran. Under the slogan of free trade, the Trans-Pacific Partnership was designed to govern multiple rights, defined not by a democratic authority, but by an untransparent and unaccountable transnational expert class. Similarly, contemporary China guarantees its citizens extensive economic rights at the expense of basic freedoms. From the author’s point of view, these cases mark the line between the liberalism with its supremacy of economic rights and democracy with its pre-eminence of political freedoms.

Admitting the rationale of many Babones’s arguments, one can scrutinize his core concepts critically. First, the very analytical contrasting of the general public and the expert class are relational. Citizens can possess expertise in their professional areas, while experts might act as trendy voters and follow mainstream biases of their circles. Second, the notion of the expert social class is also debatable. Do experts have critical common characteristics of a distinct social stratum or do they share multiple similarities with other strata? Do they possess an integral collective consciousness or a spectrum of diverse ideas? Do they act as a unity or their activities are uncoordinated? If the former, then they can be labelled as a social class. If the latter, then they are rather an odd aggregation of professionals. And these questions require a separate focused inquiry.

While the book author made a number of reasonable points, it is useful to see a wider perspective, going beyond the book’s thesis. Such a viewpoint can start with the recognition that both public and experts’ opinions matter. Therefore, the central question is: how to balance them? This used to work via the procedures of representative democracy: experts developed political platforms and nominated leaders, constituents voted for some of the leaders, then the elected parties and officials employed experts to develop and implement policies. Yet, if this system is so vulnerable to populism or if experts are so prone to power abuse, maybe alternative political designs are needed?

If yes, then the reformed political institutions should strengthen both the popular will and the experts’ input. On the popular side, instruments of direct democracy can motivate elected officials to be more responsive and responsible. Therefore, petitions, consultations, referenda and the like should gain more authority then they have now, up to a compulsory mandate. On the expert side, the design of participatory mechanisms should be developed by a diverse pool of professionals, who should reach a compromise in a public debate. Due to this, the content of policies will supposedly become more democratic and profound.

Furthermore, political deliberation can be enriched by other unconventional forms of policy-making, such as randomocracy. It envisages drawing a random sample of citizens, representative of most socio-demographic strata of the population, facilitating their civic education, polemics over an issue, reaching a decision, and communicating conclusions to the public. Such citizens’ assemblies already proved their effectiveness in Canada and they can naturally fit the American tradition of jury trials. If democracy is in crisis following old ways, why not experiment with new ones? 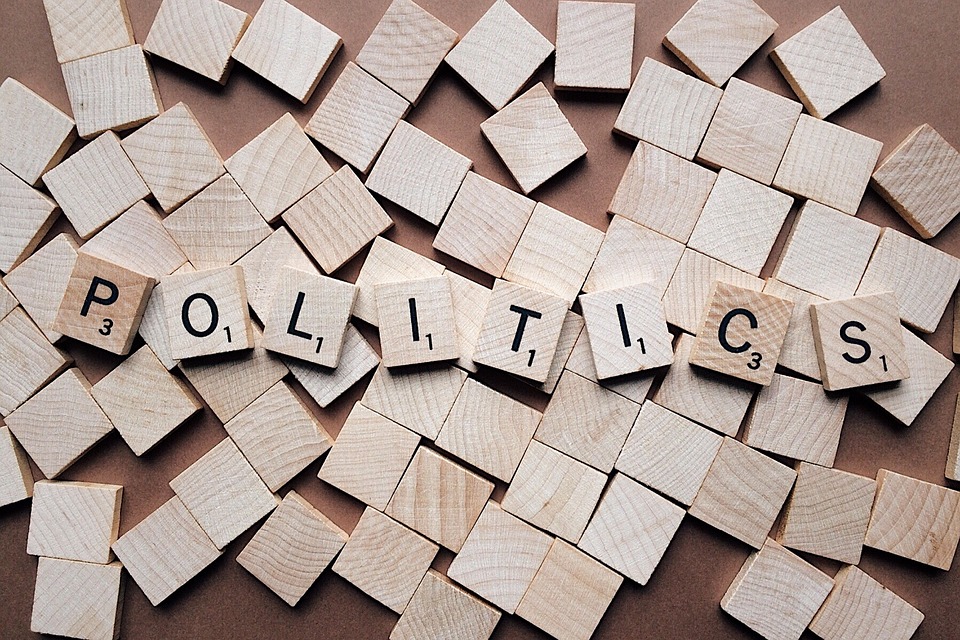 Finally, Babones’s argument is built around the assumption that in contemporary settings democracy can function properly only within the borders of nation-states. This leads to the support of a national sovereignty or even nativism at the expense of an international unity. But what if a genuine global democracy was possible? Then the contradiction between democratic ideals and global freedoms would be resolved. Maybe even the international experts would be able to find a compromise with the people of the world.

Still, what can unite governments, corporations, and social classes, who have conflicting interests? What can push them agree to implement universal rights and liberties? Hypothetically, a pervasive catastrophe affecting everyone. Financial, military, or ecological one. But wouldn’t it be too late? It’s up to us to decide. 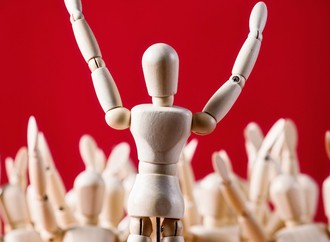