Ukraine has not experienced a genuine revolution, merely a change of elites 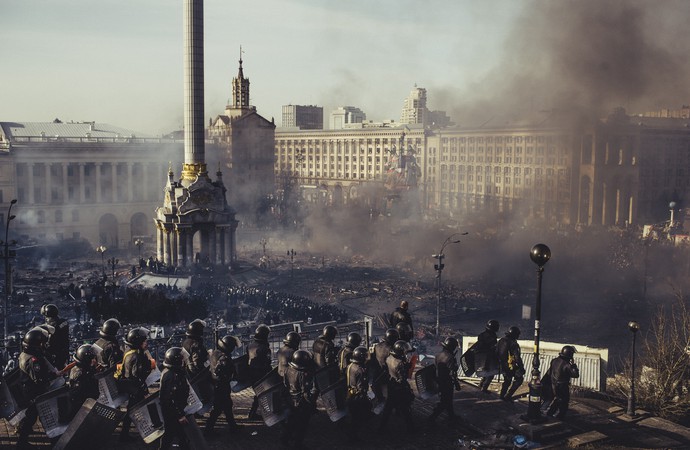 Two popular labels are being ascribed to events in Ukraine: it was either a democratic – or even social – revolution, or it was a rightwing – or even neo-Nazi – coup. In fact, both characterisations are wrong. What we have have seen is a mass rebellion, overwhelmingly supported in western and central Ukraine without majority support in the eastern and southern regions, leading to a change of political elites. But there are no prospects for democratic, radical change, at least under the new government.

Why was it neither a social, nor democratic revolution? Some of the demands of the Maidan movement have been implemented. For example, the notorious Berkut regiment – the riot police who killed most of the dead protesters – was disbanded and the most odious of the former Yanukovych officials have been sacked.

However, this does not mean the start of systematic democratic change, or that the new government is in any way going to challenge the root of pervasive corruption in Ukraine: poverty and inequality. Moreover, it is likely only to aggravate these problems, putting the burden of the economic crisis on the shoulders of Ukraine’s poor, not on the rich Ukrainian oligarchs.

The socioeconomic demands of the Maidan movement have been replaced with the neoliberal agenda of the new government. The cabinet, approved on Thursday, consists mainly of neoliberals and nationalists. Its official programme of action presented to parliament declares the need for “unpopular decisions” on prices and tariffs and its readiness to fulfill all the conditions of the loan from the International Monetary Fund.

The IMF’s requirements to freeze wages and hike gas prices was one of the reasons why the former government suspended negotiations on an EU association agreement. No wonder so many people are calling the new administration the “government of suicides”. It is not hard to forecast mass disappointment with these antisocial policies and a collapse of the currency, further impoverishing ordinary Ukrainians.

The far right has also achieved a major breakthrough in the government. Some commentators have warned that their level of representation in the new Ukrainian government is unparalleled in Europe. The xenophobic Svoboda party controls the posts of deputy prime minister, ministers of defence, ecology, agriculture and the prosecutor general’s office. Andriy Parubiy, one of the founders of the Social-National Party of Ukraine and a former leader of its paramilitary youth organisation, who later joined the moderate Batkivshchyna party and efficiently commanded self-defence forces in Maidan, is now the head of the national security and defense council.

At the same time, the protest badly fits into the coup label of a well-planned armed seizure of power. The Maidan movement, particularly its paramilitary arm, was hardly controlled by the parliamentary parties. In fact, these parties were regularly trying to pacify the movement, urging compromises with Yanukovych, albeit without much success.

What is most worrying is that the new government cannot control the infamous Right Sector. Its members are now popular heroes, the vanguard of the victorious “revolution”. They have guns captured from police departments in the western regions and now, after Yanukovych’s toppling, are demanding that the revolution needs to continue against “corrupt democracy” and liberalism. The liberals celebrating their decisiveness and crucial role in the Maidan movement are now discovering the right’s reactionary ideas. Recently, the press secretary of the Right Sector gave an interview saying “we need to tell Europe the right way to go” and save it from the “terrible situation” of “total liberalism”, when people don’t go to church and are tolerant of lesbian, gay bisexual and transgender rights.

It is too soon for the Right Sector to move against the new government – it lacks the support. But the group may lead a new insurrection in the event of a rapid and deepening economic crisis. In the absence of any strong leftist force in Ukraine, social grievances will be whipped up by rightwing populists.

At the same time, the leading role of radical Ukrainian nationalists in potential new “social Maidan” will preclude any all-national movement against the ruling class, with mass participation from the east and the south of culturally divided Ukraine. Moreover, they even amplify separatist attitudes and attempts of pro-Russian provocations, as we have seen in Crimea. The full-scale civil war, although not inevitable, is a real threat now.

In this situation, the best policy for the west would be to insist on the peaceful resolution of the interregional conflicts in Ukraine, taking a strong position against participation of the far right in the new government and uncontrolled rightist paramilitaries on the streets. Last but not least, the west could offer unconditional help to Ukraine by cancelling its foreign debt – a popular demand raised by many progressive movements all over the world.

Originally published at The Guardian

SUPPORT UKRAINIANS, BUT DO NOT LEGITIMIZE THE FAR RIGHT AND DISCREDITED POLITICIANS (Volodymyr Ishchenko)