War in Ukraine and the politics of the left (international conference)

The war in Ukraine and politics of the Left International Conference 6-7 September 2014, Kyiv Organizers: Commons: Journal of Social Criticism, Center for Social and Labor Studies As a result of military operations in Ukraine many industrial and infrastructure facilities have been destroyed. Dozens, if not hundreds thousand people, have lost their jobs, even more of them have become refugees. Paradoxical policies of the government aimed at further liberalization of the market and deregulation of the economy during the war led in fact to a complete dismantling of the system of social security. Immediate measures proposed by independent trade unions to restore social balance were not only systematically ignored by the government, but also stumbled upon an aggressive response from the ruling political forces. Instead, the government persistently tolerates aggressive and violent actions of the far right even overtly neo-Nazi groups. The nationalist hysteria aggravates the social disaster. Population of Donetsk and Lugansk provinces that has suffered the most from the military conflict is increasingly becoming the target for exclusion. Civil and social rights of the eastern Ukrainians are increasingly delegitimized by the government, radical nationalists and even many “liberals”. Social and class problems are deliberately replaced with “cultural-historical” and “mental” leading to ethnic division and hostility between the people in different parts of Ukraine deepening of the internal split. Donbass people are suffering both from Ukrainian government and self-proclaimed republics authorities. But if Kiev government’s actions are seen as hostile by the significat part of Donbass population, Russia is flirting with social rhetorics exploiting social justice aspirations in its imperial interests. The war in Donbas is hardly the first armed conflict in the post-socialist space provoked by the competition of local nationalisms and imperialisms of the great powers. What is specific about the war in Ukraine compared to the conflicts in Transnistria, Yugoslavia, Abkhazia, Chechnya, Ossetia? Which are the commonalities? What was the left political response to those conflicts and what it should be in Ukraine now? With the participation of leftist activists and intellectuals from Ukraine, Russia, former Yugoslavia, Moldova/Transnistria, Georgia we are going to discuss the following issues:

The conference is supported by the Rosa Luxemburg Foundation. CONFERENCE PROGRAM CAN BE DOWNLOADED HERE 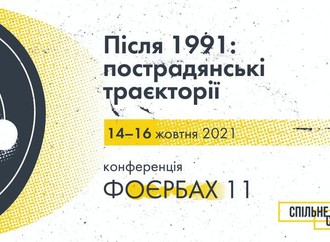