With the collapse of the Soviet Union, new independent states, including Ukraine, appeared on the world map. These states went out different paths, having numerous similarities though: market transformations, socio-economic crises of varying intensity, and even military conflicts. As part of the annual “Feuerbach 11” conference, we invite you to discuss how the differences and similarities of the post-Soviet trajectories have affected Ukraine, as well as other societies since 1991.

“Feuerbach 11” is an annual conference, launched by the “Commons” journal of social criticism in 2019; it brings together scholars and activists to share their knowledge and experience. We strive to break a new ground of Ukrainian public debate and bridge the gap between social science and the practice of progressive movements

The conference agenda includes the work of the following sections: 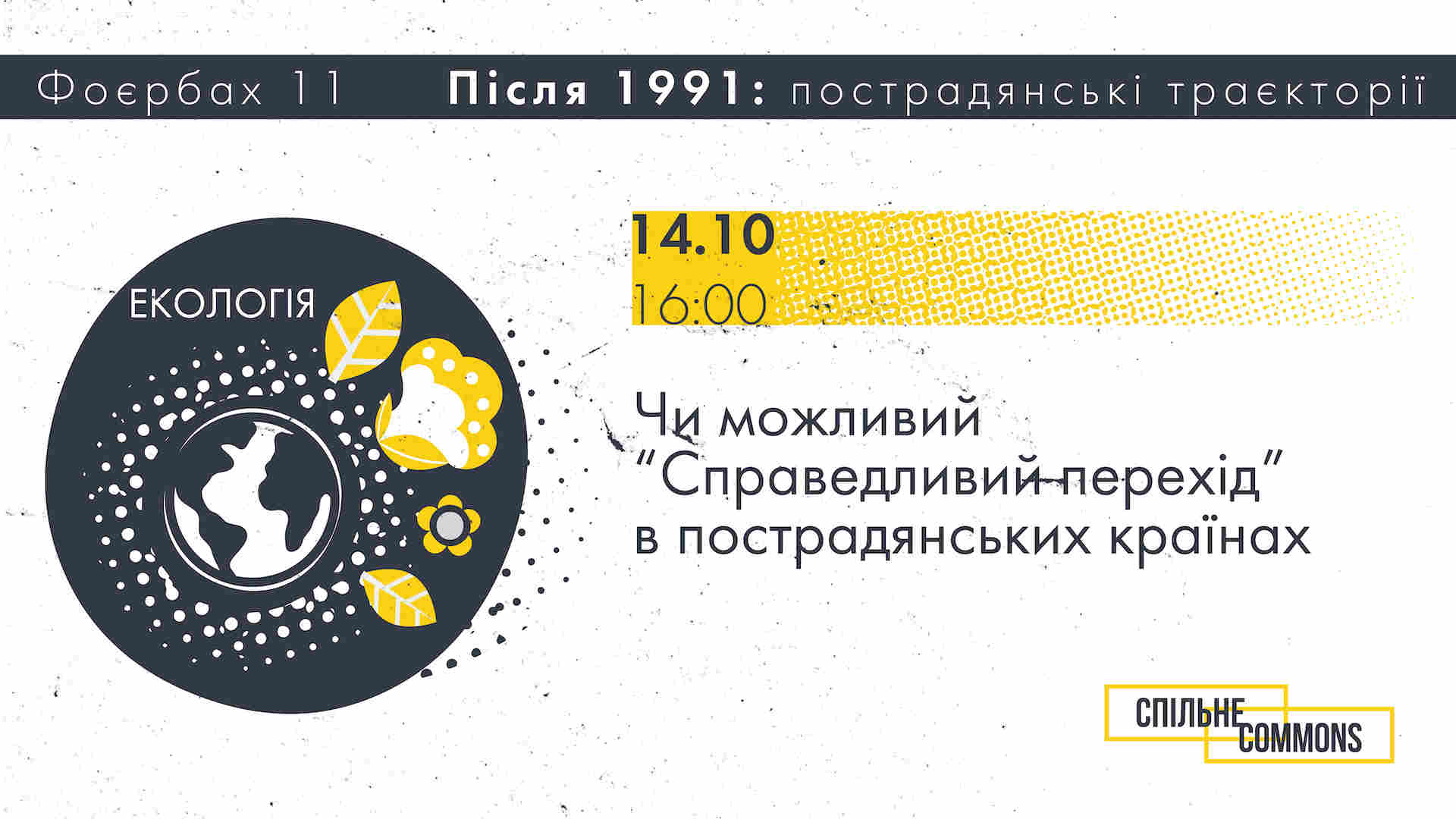 The event will discuss the feasibility of a “just transition” by applying government regulation of key economic sectors in the post-Soviet space, where a market model with a high level of deregulation is advocated. It will analyze how other countries have handled it and how their experience can be useful for Ukraine.

► Coal sector and mine closure issue: Ukraine's climate commitments and prospects for a “just transition”

Kostiantyn Krynytsky, Ecoaction NGO, Head of the Energy Department, expert in the coal industry and just transition of mining regions;

► Kyrgyzstan on the path to Just transition: green vector and natural resources 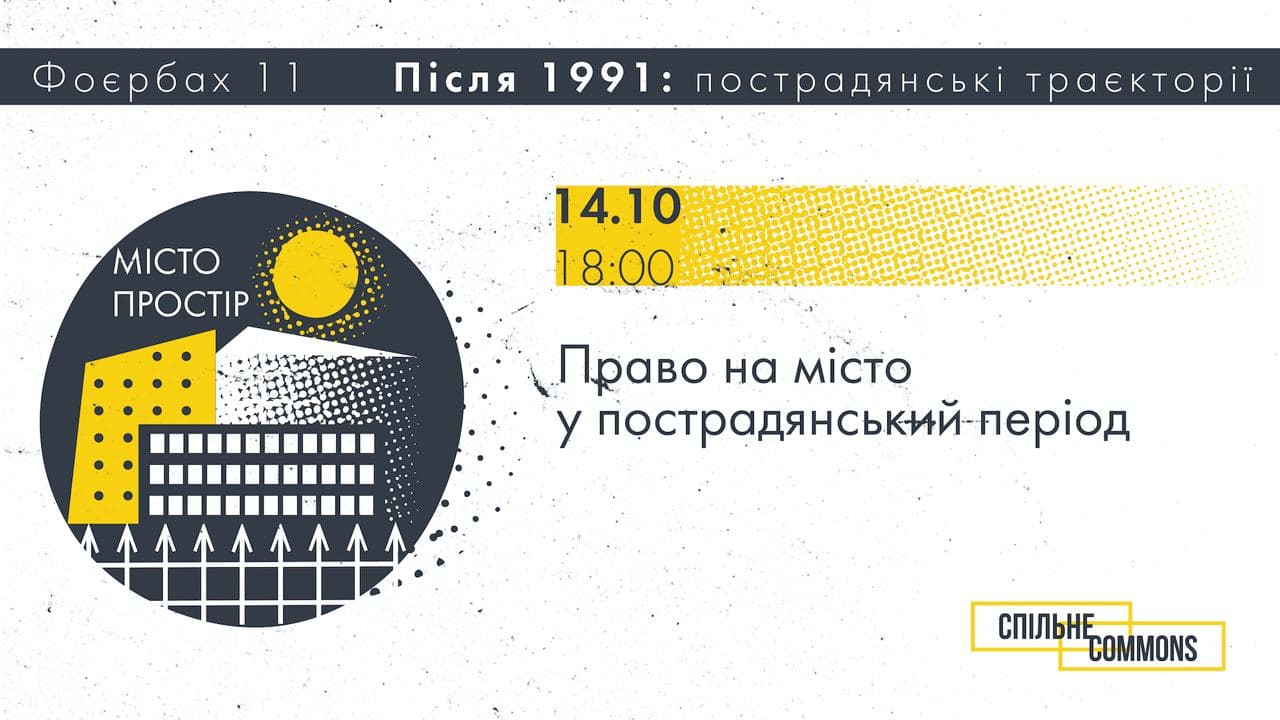 Right to the city in a post-Soviet period

Over the past 30 years, capitalist development has deepened and transformed spatial inequalities, which the Soviet regime had been shaping for decades. Several cities became oases of accumulation, while the rest of the post-Soviet regions failed to adapt to the conditions of the peripheral capitalism and gain a competitive edge in fast-growing global markets. The event will discuss the development of Ukrainian cities since the 1990s. It will analyze how urban planning affects citizen’s daily life, which conflicts erupt and how they end. It will consider possible alternatives and how education can enhance their development.

► Urban planning in Ukraine after 1991 – development turn and business urbanism 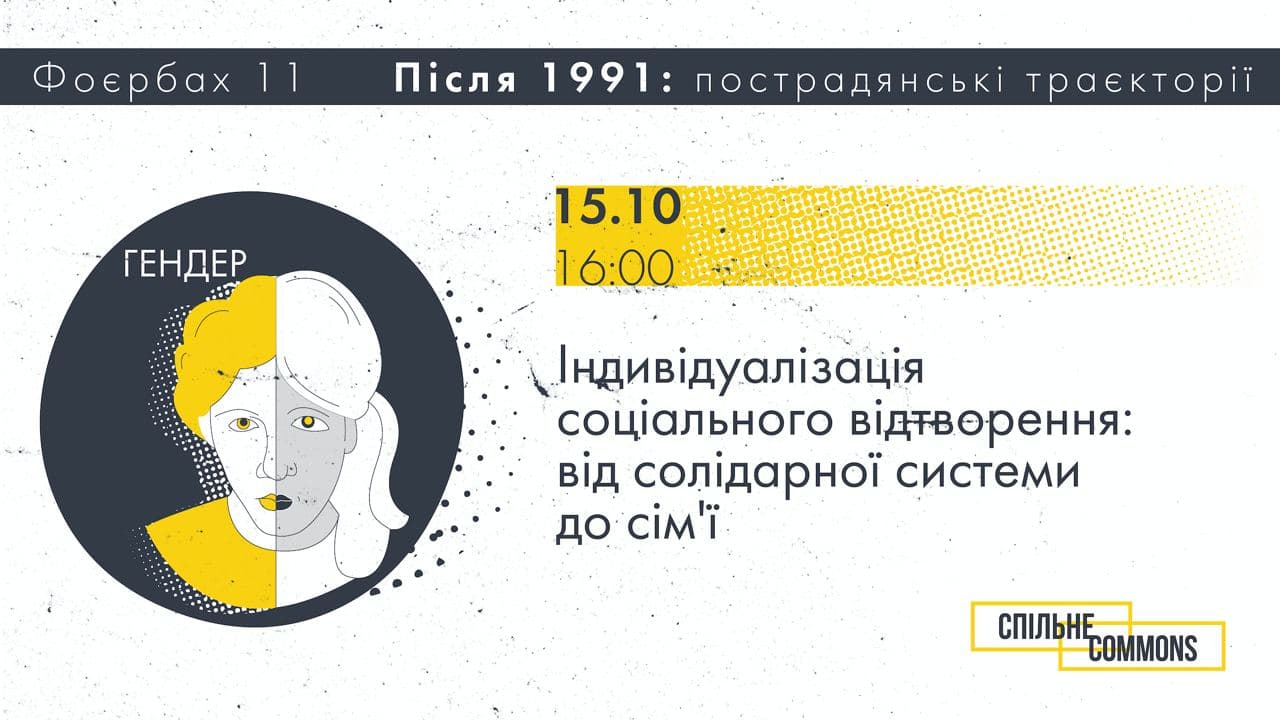 Individualization of the social reproduction: from mutually supportive funding systems to family

Market transformations and further neoliberal “optimization” measures significantly reduced the maintenance of the sectors, responsible for social reproduction: preschools, medical facilities, social work etc. “Optimization” also affected social support – pensions, single mothers’ and caregivers’ allowance. Due to these changes, the issue of social reproduction has become a challenge of each individual family. And in real terms – as unpaid and low-paid work – became an issue for women at different levels of the care work.

At the meeting, we will consider and discuss how various “optimization” reforms and market transformations in the spheres of social reproduction have influenced the situation of women in Ukraine.

► The logic of the “social services” reform, its consequences in the context of decentralization, and influence on the sphere of social work in Ukraine

► Why “money follows a child” model cannot radically change the conditions of stay and working conditions in Ukrainian kindergartens; workers’ role in attempts to reform the preschool education system and how does ideology influence these processes?

Oksana Dutchak, Ph.D. in Social Sciences, Researcher at the Center for Social and Labor Studies;

► Single mothers in the conditions of individualization of social reproduction, state policy on support of such families and what are the strategies for the struggle for survival? 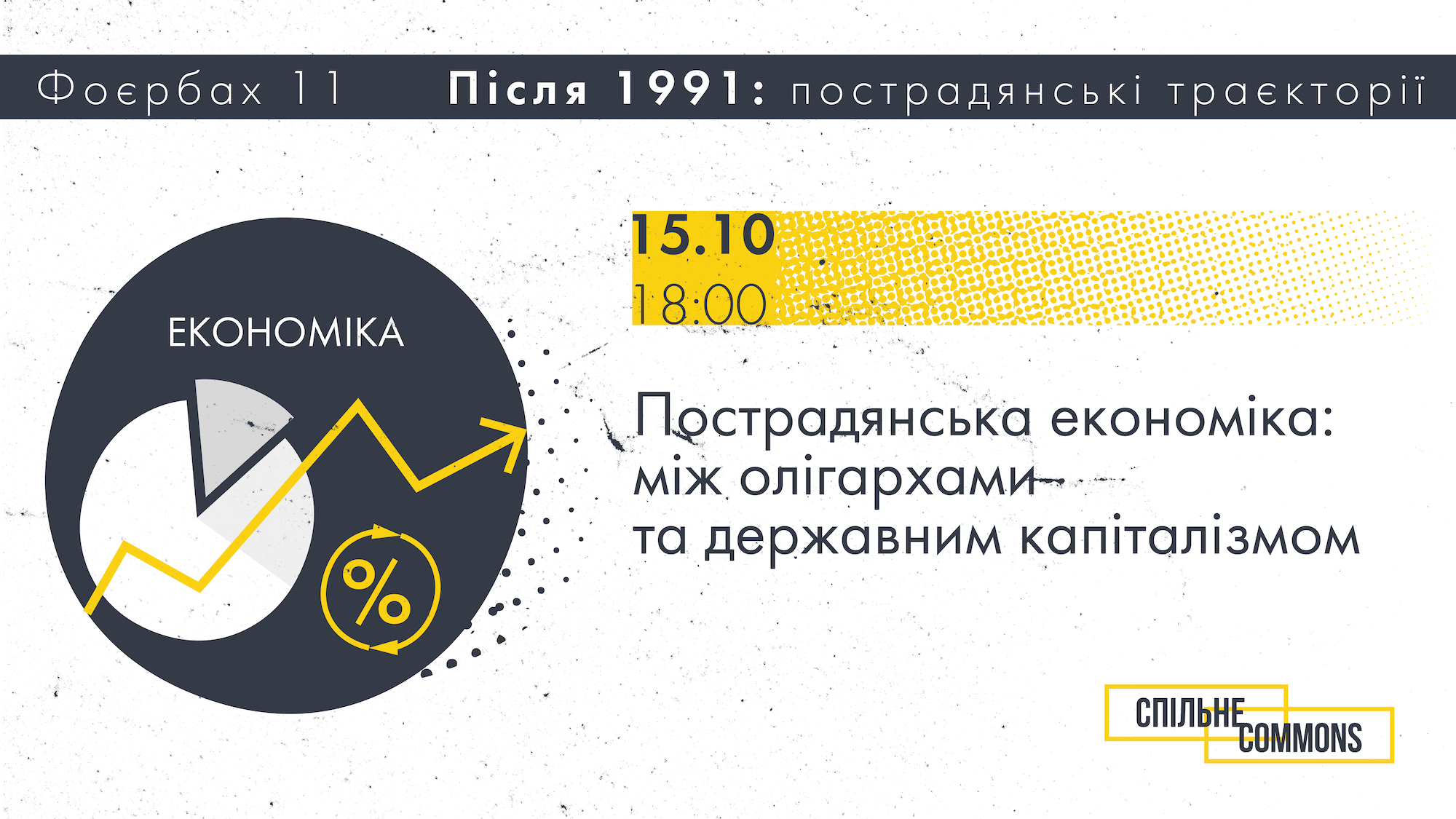 30 years ago, crisis of the Soviet system ended with the declaration of independent republics and a bound for the market-oriented economy. Commodity gap and the rigorous bureaucracy of the state-planned economy had to be replaced by efficient market. But fierce market competition stipulated retaining the social standards. Neoliberal reforms entailed the transition to market prices and deregulation of all spheres of life. It resulted into the elimination of most science-consuming industries and state’s integration into the world market as a raw materials supplier. And even those enterprises, which have succeeded in surviving, constantly evaded taxes. Consequently, the states have faced budget deficits and the need to cover them with loans from foreign creditors under bondage conditions.

During the event, we will consider possible alternatives to such “shock therapy.” We will discuss how different post-Soviet countries have built new economic systems; what is the difference between the vectors of Ukraine with its oligarchic model, the authoritarian rule of Russia or Belarus with its state capitalism. We will talk about the future of these economies and the possibility of the new integration processes.

► Consequences of the collapse of the Soviet bloc for the newly formed states: economic component

► Between oligarchs and authoritarianism: Russia’s political economy after 1991

► Still against mainstream? Key features of Belarus' economic and social development since mid-1990s

► Developmental challenges of Ukrainian capitalism: between neocolonialism and multivectorness

Vitalina Butkalyuk, Ph.D. in Social Science, Research Fellow at the Institute of Sociology of the National Academy of Sciences of Ukraine; 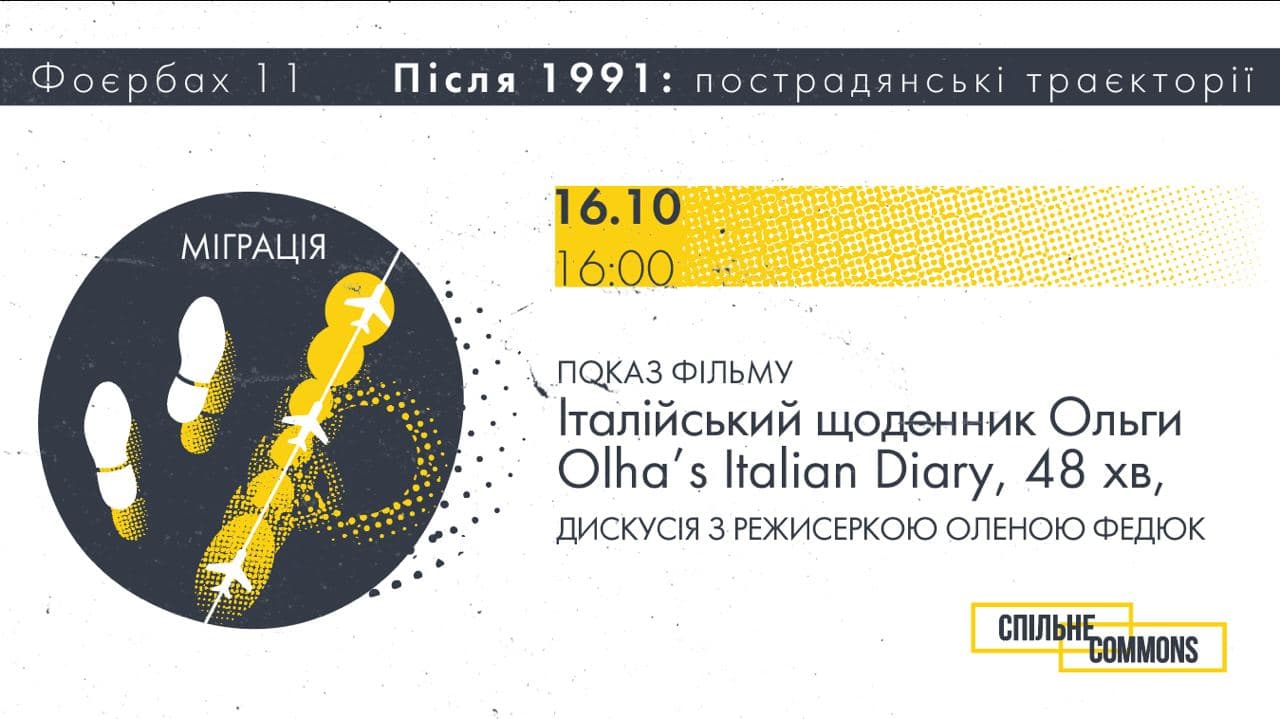 Screening of the film and discussion with the director Olena Fediuk 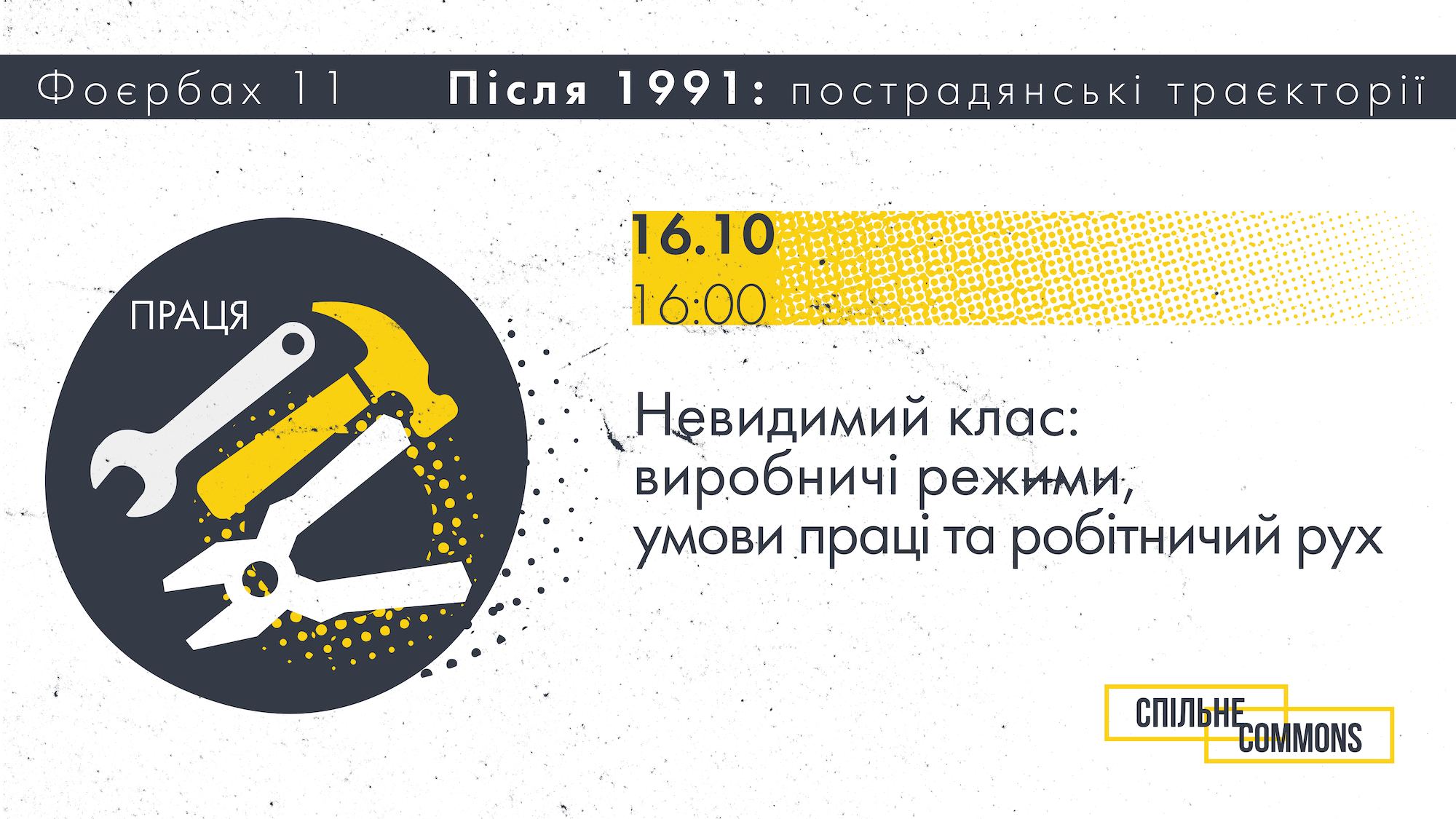 Thirty years ago, the working class was high up in the symbolic hierarchy of the day, but in modern Ukraine, workers are often perceived as “fallen sparrows of globalization,” unable to retrofit themselves and have successful lives. Such a transformation is a common trend in the other post-Soviet countries. On the flip side, workers are here to stay, and despite their low level of material well-being and political standing, they still form a large stratum of Ukrainian society and produce surplus products in industrial enterprises, a product that is further distributed unequally among all other social groups.

We will examine the post-Soviet transformations of labor in Ukraine, as well as in other countries – from a class-for-itself and as a class-in-itself perspectives:

- Labor policy outside the plant: social movements, parties, elections through the class perspective;

► “Task orientation” and “coping” with the worn-out equipment: production process in the post-Soviet space

► Post-post-Soviet factory regime: what the legitimacy of the administration and the owner of Ukrainian industrial enterprises rests upon

► Bridging the gap: class and regional divisions in Russian protests

Stephen Crowley, professor of the Department of Politics at Oberlin College (Ohio, USA), researcher of the post-Soviet working class and the political economy of the post-socialist transformation;

► Trade union activism in a non-traditional environment: educators as workers

The conference is held with the support of Rosa Luxemburg Stiftung in Ukraine from the resources of the Ministry of Economic Cooperation and Development of Germany. 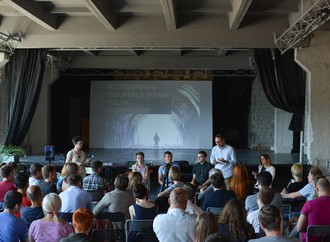 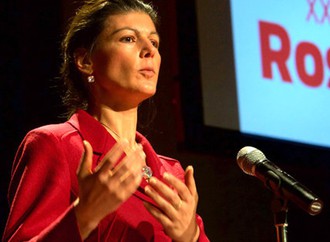 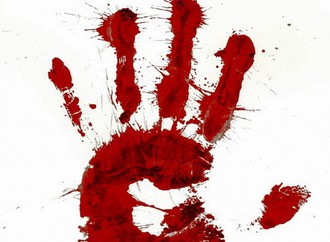