Derrick Jensen is the author of Thought to Exist in the Wild, Songs of the Dead, Endgame, Dreams, and other books. In 2008, he was named one of Utne Reader’s “50 Visionaries Who Are Changing Your World.” His Orioncolumn is called “Upping the Stakes.”

Would any sane PERSON think dumpster diving would have stopped Hitler, or that composting would have ended slavery or brought about the eight-hour workday, or that chopping wood and carrying water would have gotten people out of Tsarist prisons, or that dancing naked around a fire would have helped put in place the Voting Rights Act of 1957 or the Civil Rights Act of 1964? Then why now, with all the world at stake, do so many people retreat into these entirely personal “solutions”?

Part of the problem is that we’ve been victims of a campaign of systematic misdirection. Consumer culture and the capitalist mindset have taught us to substitute acts of personal consumption (or enlightenment) for organized political resistance. An Inconvenient Truth helped raise consciousness about global warming. But did you notice that all of the solutions presented had to do with personal consumption — changing light bulbs, inflating tires, driving half as much — and had nothing to do with shifting power away from corporations, or stopping the growth economy that is destroying the planet? Even if every person in the United States did everything the movie suggested, U.S. carbon emissions would fall by only 22 percent. Scientific consensus is that emissions must be reduced by at least 75 percent worldwide.

Or let’s talk water. We so often hear that the world is running out of water. People are dying from lack of water. Rivers are dewatered from lack of water. Because of this we need to take shorter showers. See the disconnect?Because I take showers, I’m responsible for drawing down aquifers? Well, no. More than 90 percent of the water used by humans is used by agriculture and industry. The remaining 10 percent is split between municipalities and actual living breathing individual humans. Collectively, municipal golf courses use as much water as municipal human beings. People (both human people and fish people) aren’t dying because the world is running out of water. They’re dying because the water is being stolen.

Or let’s talk energy. Kirkpatrick Sale summarized it well: “For the past 15 years the story has been the same every year: individual consumption — residential, by private car, and so on — is never more than about a quarter of all consumption; the vast majority is commercial, industrial, corporate, by agribusiness and government [he forgot military]. So, even if we all took up cycling and wood stoves it would have a negligible impact on energy use, global warming and atmospheric pollution.”

Or let’s talk waste. In 2005, per-capita municipal waste production (basically everything that’s put out at the curb) in the U.S. was about 1,660 pounds. Let’s say you’re a die-hard simple-living activist, and you reduce this to zero. You recycle everything. You bring cloth bags shopping. You fix your toaster. Your toes poke out of old tennis shoes. You’re not done yet, though. Since municipal waste includes not just residential waste, but also waste from government offices and businesses, you march to those offices, waste reduction pamphlets in hand, and convince them to cut down on their waste enough to eliminate your share of it. Uh, I’ve got some bad news. Municipal waste accounts for only 3 percent of total waste production in the United States.

I want to be clear. I’m not saying we shouldn’t live simply. I live reasonably simply myself, but I don’t pretend that not buying much (or not driving much, or not having kids) is a powerful political act, or that it’s deeply revolutionary. It’s not. Personal change doesn’t equal social change.

So how, then, and especially with all the world at stake, have we come to accept these utterly insufficient responses? I think part of it is that we’re in a double bind. A double bind is where you’re given multiple options, but no matter what option you choose, you lose, and withdrawal is not an option. At this point, it should be pretty easy to recognize that every action involving the industrial economy is destructive (and we shouldn’t pretend that solar photovoltaics, for example, exempt us from this: they still require mining and transportation infrastructures at every point in the production processes; the same can be said for every other so-called green technology). So if we choose option one — if we avidly participate in the industrial economy — we may in the short term think we win because we may accumulate wealth, the marker of “success” in this culture. But we lose, because in doing so we give up our empathy, our animal humanity. And we really lose because industrial civilization is killing the planet, which means everyone loses. If we choose the “alternative” option of living more simply, thus causing less harm, but still not stopping the industrial economy from killing the planet, we may in the short term think we win because we get to feel pure, and we didn’t even have to give up all of our empathy (just enough to justify not stopping the horrors), but once again we really lose because industrial civilization is still killing the planet, which means everyone still loses. The third option, acting decisively to stop the industrial economy, is very scary for a number of reasons, including but not restricted to the fact that we’d lose some of the luxuries to which we’ve grown accustomed, and the fact that those in power might try to kill us if we seriously impede their ability to exploit the world — none of which alters the fact that it’s a better option than a dead planet. Any option is a better option than a dead planet.

Besides being ineffective at causing the sorts of changes necessary to stop this culture from killing the planet, there are at least four other problems with perceiving simple living as a political act (as opposed to living simply because that’s what you want to do). The first is that it’s predicated on the flawed notion that humans inevitably harm their landbase. Simple living as a political act consists solely of harm reduction, ignoring the fact that humans can help the Earth as well as harm it. We can rehabilitate streams, we can get rid of noxious invasives, we can remove dams, we can disrupt a political system tilted toward the rich as well as an extractive economic system, we can destroy the industrial economy that is destroying the real, physical world.

The second problem — and this is another big one — is that it incorrectly assigns blame to the individual (and most especially to individuals who are particularly powerless) instead of to those who actually wield power in this system and to the system itself. Kirkpatrick Sale again: “The whole individualist what-you-can-do-to-save-the-earth guilt trip is a myth. We, as individuals, are not creating the crises, and we can’t solve them.”

The third problem is that it accepts capitalism’s redefinition of us from citizens to consumers. By accepting this redefinition, we reduce our potential forms of resistance to consuming and not consuming. Citizens have a much wider range of available resistance tactics, including voting, not voting, running for office, pamphleting, boycotting, organizing, lobbying, protesting, and, when a government becomes destructive of life, liberty, and the pursuit of happiness, we have the right to alter or abolish it.

The fourth problem is that the endpoint of the logic behind simple living as a political act is suicide. If every act within an industrial economy is destructive, and if we want to stop this destruction, and if we are unwilling (or unable) to question (much less destroy) the intellectual, moral, economic, and physical infrastructures that cause every act within an industrial economy to be destructive, then we can easily come to believe that we will cause the least destruction possible if we are dead.

The good news is that there are other options. We can follow the examples of brave activists who lived through the difficult times I mentioned — Nazi Germany, Tsarist Russia, antebellum United States — who did far more than manifest a form of moral purity; they actively opposed the injustices that surrounded them. We can follow the example of those who remembered that the role of an activist is not to navigate systems of oppressive power with as much integrity as possible, but rather to confront and take down those systems. 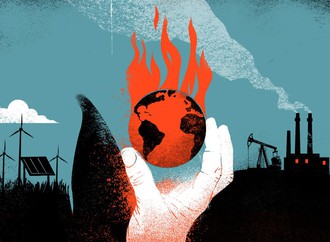 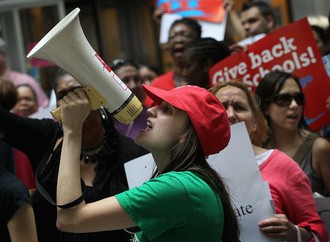 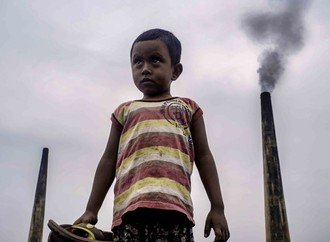 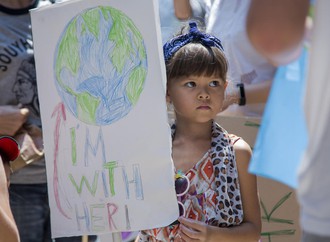 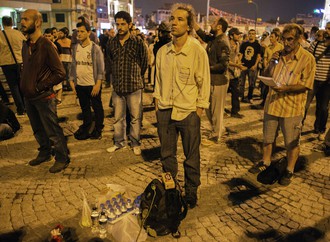 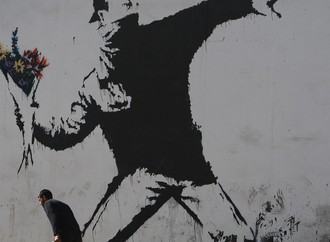